skip to main | skip to sidebar

On August the 4th Amanita Muscaria celebrated her birthday!!!!!

I promised her to make her a mobile-phone-bag. First I wanted to stitch a mermaid on the bag, but as I made the pattern I realized that this would be a really tiny place to stitch. So I thought, if I couldn't make the whole mermaid I would make a half one. Only the fishtail, I wanted to stitch the scales and set a course with sequins ( I know she loves them :D) But I wasn't sure if it would work, so I asked Google (hehehe google knows everything) and I found this: 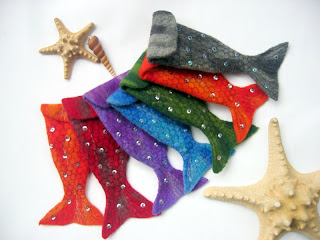 OMG this was exactly the picture which was in myhHead, unbelievable - cause of this I knew it will work XD

It takes soooooooooooooo much time, but I had finished it just in time (and it suits perfectly)!!! As I photographed it, i noticed that it looks like a fish (ha.. funny but not bad) 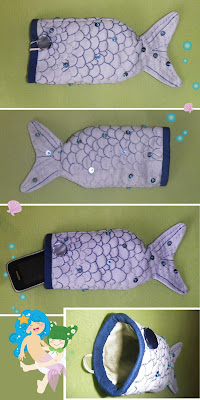